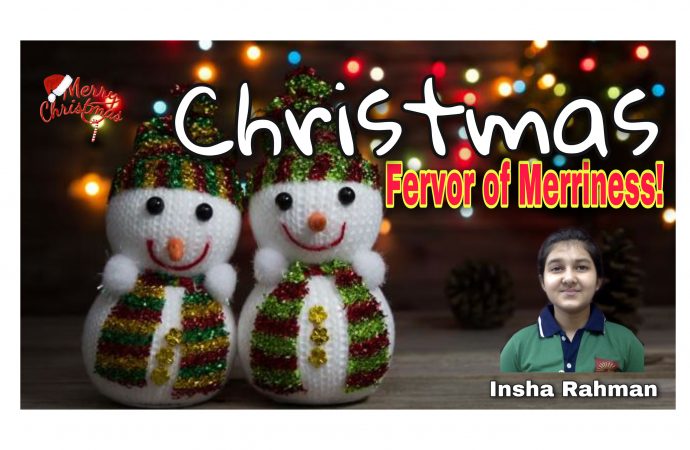 Festivals are an expressive way to celebrate glorious heritage, culture and traditions. They are meant to rejoice special moments and emotions in our lives with our loved ones. They play an important role to add structure to our social lives, and connect us with our families and backgrounds. Today, we will light upon Christmas; which is going to be celebrating all over the world very soon. Infact, some of the nations are already in jubilant mood.

Christmas all over the world: Christians celebrate Christmas across the world as the birthday of Jesus Christ, the messenger of God on 25th of December. However, countries have different Christmas traditions. The festive season celebrations take place over a longer period of time, from the beginning of December to the beginning of January.

Christmas, Easter & Lent are the most important festivals of Christians.

Christmas: Celebration of the birth of Jesus Christ.

Easter: Easter is a Christian festival; which celebrates the resurrection of Jesus Christ. It is believed that Jesus woke up on the third of him being assassinated.

Lent: As an important religious observance in the Christian world, Lent is the season to observe and commemorate the passion, death and resurrection of Jesus Christ, the Son of God, our Savior and Redeemer.

Let us know about Christmas in detail… It is one of the most popular festivals, which is widely celebrated by people from different communities across the globe. Christians celebrate this festival with great joy and zeal. Kids enjoy this festival as they get a lot of gifts from Santa Claus.

What is the purpose of celebrating Christmas?

Christmas is celebrated to remember the birth of Jesus Christ, who Christians believe is the Son of God. The name “Christmas” comes from the mass of Christ (Jesus). A Mass service (which is sometimes called communication of Eucharist) is where Christians remember that Jesus died for us and then come back to life.

The Legend of Santa Claus can be traced back hundreds of years to a monk named St. Nicholas. It is believed that Nicholas was born sometime around 280 A.D. In Patara, near Myra in modern-day Turkey. Over the course of many years, Nichola’s popularity spread & he became known as the protector of children and Sailors.

Thomas Nast. In fact, when civil war cartoonist Thomas Nast drew Santa Claus for Harper’s weekly in 1862, Santa was a small elflike figure that supported the Union. Nast continued to draw Santa for 30 years, changing the color of his coat from tan to red he’s known for today.

We can do some social work, helping the needy, so that they can also celebrate the festival with fervor & joy. May God never keep anyone hungry.

• Decorate your house from ferry lights and stars.

• Spend some quality time with your loved ones.

Some Important Facts About Christmas

More than 160 countries celebrate Christmas. A few countries refer to the holiday as Family Day, including Angola and Uruguay. Some countries–like Jordan and Pakistan–designate December 25th as an official holiday only for Christians.

France & Christmas: In many regions in France, Christmas celebrations start with St. Nicholas day (Santa Claus) on the 6th of December. Then children get sweets and little gifts.

Italy & Christmas: In Italy, it’s common to wish someone ‘buone feste’ (Happy Holidays) rather than simply ‘buon natale’ (Merry Christmas) because Christmas isn’t the only holiday. The festive season in Italy starts December 8th for the feast of the accumulate conception & runs through 6thJanuary (The Epiphany).

England & Christmas: Christmas is Britain’s most popular holiday. It’s traditions & early ceremonies were rooted in pagan beliefs & date back hundreds of years. They are still part of contemporary Christmas celebrations.

Norway & Christmas: In Norway, children wait for ‘Julenisse’, the Norwegian Santa Claus. On Christmas Eve(24th December), the ‘Julenisse’, brings presents to the children. During the month of December, children wait eagerly for ‘Jul’ (Jul or Jol is the term of the Christmas holiday), The first part of the day is often spent rushing around for the last Christmas presents, or in the church for Christmas service. At five the bells ring out for Christmas, & most have Christmas dinner at home or with relatives.

Portugal & Christmas: The Portuguese celebrate Christmas on 24th of December. Houses are decorated for Christmas and many families put up a nativity scene (presépio). Christmas in Portugal takes place on the eve of 24th December although, as a lot of it happens around midnight, it crosses over into the 25th. Shoes (as opposed to stockings) are traditionally laid out for the Baby Jesus (as opposed to Santa), & the house is decorated for Christmas.

Russia and The Ban of Christmas: During the early-mid Soviet period, religious celebrations were discouraged by the official state policy of an-theism until 1936, but despite this, Christmas was marked by the Soviet regime on 25thDecember.

Australia & Christmas: In Australia, it is tradition in the weeks up to Christmas to join in Christmas picnics organized by various churches and sing Christmas carols on the beach, people use to build sand-mans instead of snow-man because, Australia is in the southern hemisphere, the festive season is during summer time.

Brazil & Christmas: Many Brazilian Christmas traditions come from Portugal as Portugal ruled Brazil for many years. Nativity scenes, known as Presépio are very popular. They are set-up in churches & homes all through December. Christmas plays called ‘Os Pastores (The Shepherds), like the plays in Mexico, are also popular.

India & Christmas: India is a land of varied culture and mixed diversities, with United strength across all sects and communities. Christmas day is a gazette holiday in India.On the Eve of Christmas people go to churches and offer prayers. Compared to other religious festivals. Christmas is quite a small festival in India, due to the no. of people who are Christians (2.3%) compared to people who belonged to other religions. Having said this, the population of India is over 1 Billion, so there are over 25 Million Christians in India.

What value things we learn from Christmas?

• Inspire them to Hope

• Bond as a Family

From eggnog to finding coal in your stocking, here are the explanations behind some of the popular Christmas traditions we’ve come to know.

• Kissing Under The Mistletoe.

Importance of Wreath on Door: Together, the circular shape & the evergreen material make the wreath a representation of eternal life. It is also a representation of faith, as Christians in Europe were placed a candle on the wreath during Advent to symbolize the light that Jesus brought into the world. The wreath was meant to represent the crown of thorns worn on the cross, with the red berries meant to be Christ’s blood. The use of evergreen branches in a wreath is to signify eternal life. By hanging one of these on their door, Christians were inviting the spirit of Christ into their home.

Basically, Festivals act like stress relievers and help us balance our emotions. More positivity naturally lowers negativity & pessimism. So, what we understand is that all festivals have something in common. Merry mood… the positive aura. We wish, that with Christmas, the year 2020 gets rid of the Corona syndrome. May the year 2021 brings enough reasons to smile and may peace prevail on earth.

Insha Rahman is a class 8th student, K.V.1 Hindon Airforce Station, Ghaziabad.
She is a YouTube Singer. Her Channel’s name is “The Singing Girl Insha/Doordarshan & TV18. She loves to make DIY’s, read, write, and loves to gain knowledge.