India vs England 4th Test: For England, it’s two much, too early 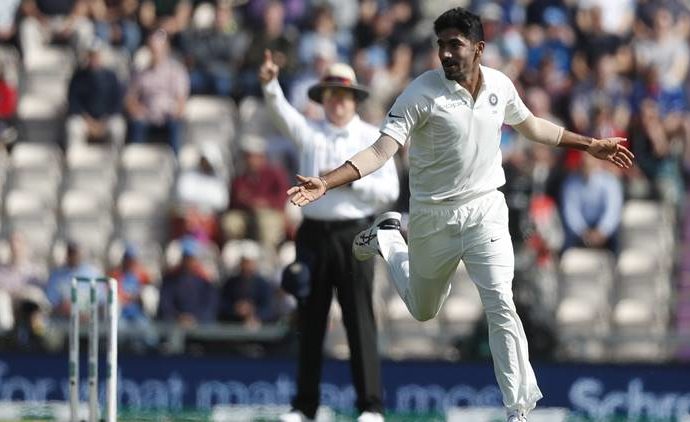 India vs England 4th Test: For England, it’s two much, too earlyAuthor, MyVoice.

Did you see the first hour? Stop reading, and catch a re-run if possible. Sixty minutes of bowling magic from Ishant Sharma and Jasprit Bumrah. You could almost hear their brains crackling. A line not often used about Indian fast bowlers. We settle for less usually. A good out-swinger, a crunchy nip-backer and we are happy. But for the art of crafting a spell, the intellectual thrill in watching a set-up, we watch our neighbours or elsewhere. Seldom India.

Things have changed in the last two years with Indian fast bowling and a climax of that evolution exploded in Southampton at an arena shrouded by woods. It wasn’t a mere collection of good deliveries, it wasn’t just the patience in pinging claustrophobic lines, it wasn’t just the skill of getting the ball to curve either way, it wasn’t just the ability to use the conditions — it was the cricketing brain that stood out.

You take out the sense of balance from a batsman, you take him out. Indians hammered that theory on Thursday. Was this pitch and conditions so threatening for England to be tottering at 86/6? Nah. Was England’s batting, and their thought, too tentative? Yes. Especially, later, as Moeen Ali, fighting for his career, and Sam Curran, starting his career, showed the way to stretch the score to 246. Curran has already played a match-turning knock at Edgbaston and he seemed in mood for a reprise.

However, it was a day that belonged to the Indian pacers. It would belittle their achievements if one were to focus on how they dismantled the brittle top order. Instead, let’s comb through how they bowled to Alastair Cook, the one batsman who obstinately resisted. This was as good as Cook has looked this summer.

Not just determined but having made a technical changes as well — he would usually stand with his bat pointed above his shoulder but he was crouching here, bat just above the stumps – in mood for a fight.

Bumrah had Cook hanging on for mercy. The ball would zip across, Cook would push inside line, smile, recover and do it again. Any time, he knew, one could come in. And it would. He would defend. Smile.

But Bumrah extended himself. From round the stumps, he would suddenly push one fuller, on the middle stump and a lesser batsman than Cook would have had his balance shattered.

Somehow, Cook would just about hold himself and bunt the ball to the onside. Bumrah would smile as he walked back. At one point, he even started his run-up from right behind the umpire. Smile again. It was one of those days when you borrowed binoculars just to watch these expressions.

“What did you expect? He is a very good bowler,” is all he would say. He knows the man well as he played his part in Bumrah’s evolution into a first-class bowler. Couple of years ago, they played in the same Ranji team when Bumrah turned to him for advice. “I worked with him on length mostly and few times regarding his wrist position and how to plan according to the batsmen and pitch,” he had told this newspaper in the past.

Back to Cook. When he got away from Bumrah, he ran into Ishant. Much fuller than before, consistently full that is, at times he got the ball to do strange things: it would swing away in the air and then seam off the pitch. Cook would push inside the line. Breathe, focus next ball. Full and outside off or the one that nipped in? Nope. Ishant would hurl a toe-crusher and Cook would dig it out.

Cook apart, none of the top-order batsmen resisted. Poor Keaton Jennings. Averages 34 in first-class cricket, but over seven innings this series, he hasn’t played a single shot. Career on the line, he seemed ready to leave everything but Bumrah conjured up one that cut back in. Such has been the mental scars in this series, that Jennings had yanked his bat out of the way.

The plan against Joe Root is clear: cut them into him and straighten one just outside off. Stuck at the crease, he can be trapped: lbw or a slip catch. Bumrah should have nailed him in front but had overstepped, but Ishant repeated it not long after and it burst through Root’s iffy defence.

Let’s pause a bit on Ishant. Seldom has his run-up looked so fluent. Stride after stride, body leaning forward and not lurching as it would do in the past, he galloped in with purpose.

Seldom has he used the crease as well as he has done in this series. Same wrist position, same release, essentially the same delivery but because of the angle at the crease, it creates different pressure points on the batsmen. A right hander would know it’s going to slant in, but how much? Ishant vs Johnny Bairstow affair was something to cherish.

There was an over in the afternoon that’s worth cueing up. One cut in towards off, next a bouncer, back to off-stump before he released one from a different point at the crease that cut Bairstow in half and flew over the middle stump. Then came the bouncer again but it just about slipped down leg. The defensive technique probed, any predetermination shattered with the bouncers — Bairstow’s confidence was taken out. And Bumrah produced a jaffa — that just about straightened out to take a bit of the bat’s edge with it.

It was all going India’s way until first Moeen and then Curran resisted. It was a cracker of a knock from Curran: under pressure, against good bowling, he showed character and skill. Name any move of intent, he did it. Tip-and-run? Check. Cut anything remotely short? Check. Awareness to target the weak link in Pandya? Check. It was an aggressively brisk innings and it would be a surprise and an atrophy of his talent, if he isn’t soon promoted up the order.

Ashwin was canny enough to slow the ball on two occasions to beat the aggressive intents of Ali and Curran but no one would be surprised by his intelligence. What would have pleased the team was the astuteness and craftiness of the Indian pacers.