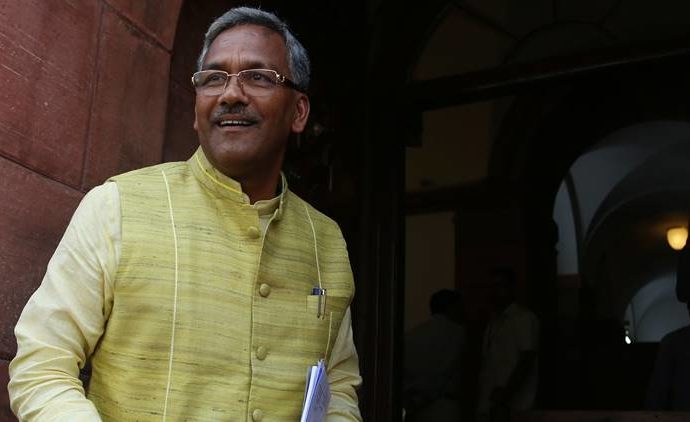 Uttarakhand, long known for being a hotbed of tourism, wants to be counted among India’s most investment-friendly states. The state will hold its maiden investment summit in October this year and expects to draw investment proposals worth over Rs 20,000 crore in sectors ranging from automobiles and tourism to hospitality, Chief Minister Trivendra Singh Rawat said on Thursday.

The summit will be organised in Dehradun on October 7-8 and will be inaugurated by Prime Minister Narendra Modi. “We have got some big investment proposals,” Rawat said after a roadshow in Delhi, the last in a series in India. Similar roadshows were organised in Bengaluru, Hyderabad, Ahmedabad and Mumbai from August 22-29. An international roadshow will be held in Singapore shortly.

In order to attract investment in the various sectors, Uttarakhand has taken a raft of policy initiatives, including MSME Policy 2015 and Mega Industrial & Investment Policy 2015, which offer refund of state GST, capital subsidy and interest subsidy, among others. An online single-window system facilitates speedy clearances. In terms of ease of doing business, it ranked first among the eleven hill states in the country.

When Uttarakhand was created by splitting Uttar Pradesh in 2000, manufacturing contributed to 18 per cent of its gross state domestic product (GSDP); today, its share is 50 per cent of the GSDP. It managed to receive investments of over Rs 50,000 crore since its inception, thanks to an area-based excise duty exemptions granted by the Centre (under the GST system, 58 per cent of the central GST collected is refunded). “The scope of investment is certainly huge here,” said Utpal Kumar Singh, the state’s Chief Secretary. “Electricity tariffs for the hospitality sector in Uttarakhand are lower than commercial tariffs. This is one of the non-financial incentives that our state offers,” said Dilip Jawalkar, Uttarakhand Tourism Secretary. During the roadshow in Delhi, several investors expressed their intent to invest in the state.

During the investment summit, the state will highlight 12 sectors. “We are enhancing the development of the state in terms of connectivity, manpower and industrial development. Saharanpur expressway will be completed in next 1-2 years, which will result in reaching Dehradun from Delhi in less than 3 hours, Deoband and Roorkee are being connected directly through rail line and the work has started on central government’s Rs 13,000 crore Bhartamala Yojana,” Rawat said. Among others, Rawat said an international convention centre is proposed in Rishikesh for which 600 acres of land has already been taken. —FE