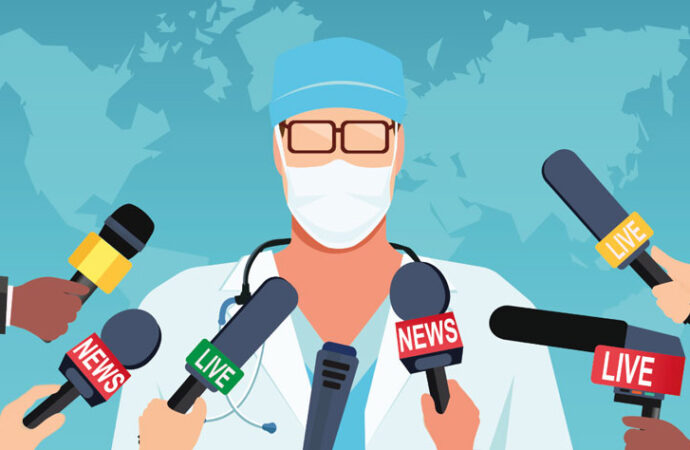 The societal objective of providing accurate information with a non-tacit presentation, freely available, and at the appropriate moment is the philosophical underpinning of the freedom of publication and circulation. And political philosophy is the source of constitutional rights. The core of Article 19 states, “Everyone has the right to freedom of thought and expression, including the freedom to hold opinions without interference and the freedom to seek, receive, and spread information and ideas through any means and without respect to boundaries.”

The professional obligation and moral responsibility of media, whether print or electronic, is the exercise of the right to freedom of expression. The mass communicator is the media. It must be allowed to exercise this freedom in order to advance the common good and inform the populace at large of the situation in all areas of life and activity.

The freedom of the cartoonist is a regular component of the freedom of the subject. To whatever extent the subject in general may go, so too may the cartoonist, but his privilege is neither different nor higher than that of the subject outside of statute. His claims, critiques, and observations cover a spectrum that is comparable to, but not greater than, that of any other subject. Every type of publication that offers a platform for news and opinion falls under the umbrella of the freedom of the press.Modern democracies must have a free press that is neither censored nor controlled by the executive.

“Freedom of Press has a great role to play for the future of Democracy for media or Press in a Democracy is the one that ensures a free and fair election. ”- Mr. Subhesh Kumar (Deptt of Political Science , Amity Institute of Social Sciences, AUUP Noida).

When citizens are asked to make political judgments, they need to be well-informed, aware of other people’s viewpoints, and capable of comparing them. The freedom of speech and expression itself has no precedence over the implied press freedom that comes with it.

Pre-censorship of publications is an integral component of the freedom protected by Art. 19(1a) and is imposed as a constraint on press freedom . The fundamental right to freedom of speech and expression was guaranteed by Article 19(1)(a) of the Indian Constitution, and laws relating to press freedom were also covered by that guarantee.

In India, we are aware that variety has both advantages and disadvantages. However, it has overshadowed print media, where press freedom is once again proven to be in jeopardy.

Out of five Tamil newspapers, the data shows that the top two, Daily Thanthi and Dinakaran, have a combined reading share of 66.67%. In the Telugu language market, the newspapers Eanadu and Sakshi reach 71.13 percent of readers. It claims that all regional markets, including Bengali, Oriya, Punjabi, Kannada, Gujarati, Urdu, Marathi, and Assamese, have seen and confirmed this tendency.

Regional languages are prioritized when one travels to the western, northern, eastern, and southern sections of the country, while Hindi language news is consumed in the primary Hindi heartland.

TV News Channels- A Social Welfare Or A Private Affair?

The expansion of internal diversity in India has a significant impact on the television industry. In fact, the benefits of television greatly influenced and spread capitalism throughout the post-liberalization era in India. But in the modern period, it is distressing to observe how the television news industry has gradually changed from a social service to a corporate ownership that serves multiple political spheres.

The nation’s spectacles have become muddled, and this has often called into question whether the media is the fourth pillar of democracy.

Long Lived Legacy Of NDTV Comes To An End

One of the absolute apex of independent journalism had been achieved by NDTV. The richest billionaire in both Asia and India, Gautam Adani, has bought control of the independent news network NDTV.

Independent journalism is renowned for being independent and objective, in contrast to official news channels. But given that Adanis now owns NDTV, it is anticipated that the channel will, like other news organisations, offer information that is supportive of the Modi regime. Many academics and seasoned journalists consider the NDTV takeover as a danger to media neutrality.

India’s lowest ever ranking was 150th out of 180 nations in Reporters Without Borders’ World Press Freedom Index. Such conclusions are rejected by the government, which points to a lack of openness and asserts that a takeover is coming.

“Media ownership for many corporates has been a way of creating favours so that other businesses can grow. That cross-ownership is a huge problem,” “In terms of independence the other channels don’t even come close. Not only is government’s view propagated through them, but any counter-narrative, any fact challenging the government is dismissed, and I see that the same thing will happen.” – Hartosh Singh Bal (Political editor of Caravan magazine)

“It is the last influential outfit ready to take on the government. It’s a crown jewel in the media landscape.” – Saba Naqvi (Veteran freelance journalist & visiting lecturer at Jindal School of Journalism and Communication)

The significant split among NDTV staff is a result of Adani’s ownership of the network. Nothing has changed, according to one reporter from the Hindi news division of NDTV India. The buyback can be a part of the BJP’s plot to get ready for the general election in 2024, claims author Sandeep Bhushan.

India’s media is progressively losing its diversity and independence as commercial and industrial tycoons seize control of private media networks. The goal of the media is now to advertise their brand rather than to produce information. Up until recently, the risk presented by monopolies has been reduced by a media environment made up of hundreds of news websites. Concerns about the effects of corporate ownership on media, however, are mounting. By Aniruddha Bahal The market is flooded with major industrial entities acquiring media companies.

Prior to now, Indian media exposed the truth and projected corruption. We are getting more and more concerned that this dishonest agenda may be supported by the Indian media. We are all aware of the Modi administration’s close ties to the Adani family. They were both born in the same location, and Adani’s achievement is similar to Modi’s. But going back to the agreement, a number of officials have made certain inferences regarding Adanis’ new ownership of NDTV. The president of NDTV, Suparna Singh, sent an email to her staff informing them that “the developments of today are entirely unexpected for NDTV, as well as Radhika and Prannoy.”

The Indian media is frequently viewed as acquiring a defining predisposition towards endorsing the administration. The average person’s point of view has been portrayed with the least amount of effort. India is the world’s largest democracy, but as the media, which serves as society’s spectacle, becomes increasingly cluttered and tarnished, the legacy of its achievement is crumbling. The policy of “blurry truths and bury truths” will now be implemented.

But let us set aside this hazy spectacle and see for ourselves how the world’s largest democracy has responded to present press freedom.

After polling and meeting with various segments of the population, it became clear that Adani or Ambani’s acquisition of NDTV and Network 18 was a mistake. Even though NDTV was the only channel that aired non-monotonous and anti-government content.

Some argue that there is nothing wrong with the recent takeover because both tycoons have shares in the evergreen and ever-evolving media sector, which will always thrive and survive. In terms of bias, this segment of the audience believes that the viewers are sophisticated enough to discern. Furthermore, they emphasise that, at the end of the day, it is business, and since the majority of the general people has a particular perception, the news would be designed accordingly.

In today’s world, press freedom is entirely dependent on ordinary citizens. It’s exactly what they want. Politics, as we all know, does not drive people; rather, people drive politics; similarly, people now drive the media/press. The content of the press is designed based on the preferences of the people because the fourth pillar of democracy is the media and “Democracy is of the people, by the people, and for the people”– Abraham Lincoln.