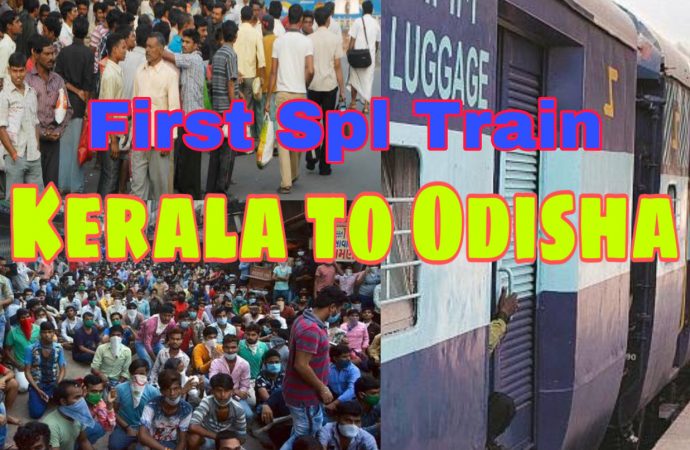 Kochi, May 1 (PTI) The first special train from Kerala carrying 1,200 migrant workers to Bhubaneswar in Odisha will leave from the Aluva railway station near here on Friday evening, state Minister V S Sunil Kumar said, amid indications that five more such trains were likely to be operated.

The migrant workers from Odisha accommodated in camps in Ernakulam district since the COVID-19 lockdown will be brought to the station in state-run corporation buses as per the protocol announced by the government, he said.

Official sources said the train was scheduled for 6 pm departure.

Following information about the special train, a large number of migrant workers, including women, thronged registration counters set up by the state government at nearby Perumbavoor, where majority of the labourers in the Ernakulam district are housed in camps.

Announcements were being made through public address system in various native languages of the workers, including Bengali, Odiya and Hindi, on the process, including social distancing, to be followed for the journey.

Meanwhile, state Home Secretary Vishwas Mehta said five trains were likely to be operated from Saturday from Kerala to different destinations for the migrant workers and the modalities were being worked out.

“Which stations and which states will be decided either today or tomorrow”, he told reporters in Thiruvananthapuram.

Only 1,200 passengers will be accomodatedtoensure that the social distancing protocol was maintained, Mehta, who is also the Additional Chief Secretary, said.

“The train journey is not free and the workers will have to pay the base fare”, he said.

Urging the guest workers not to rush to railway stations or throng roads, he said everyone would get the opportunity to leave for their respective states.

“With great difficulty we have been able to convince the Home ministry and Railways on running the trains. If there are law and order problems things would become difficult.” the official said in a message in Hindi.

“We request you to show patience. Don’t come on the roads.

Everyone will get opportunity. You need to show patience, Collector, Supertendent of Police and Labour officials will decided who will go and when.

“There is no need to crowd at railway stations. We will send all the people to their respective states. if not today, tomorrow you will be able to go home..”, he added.