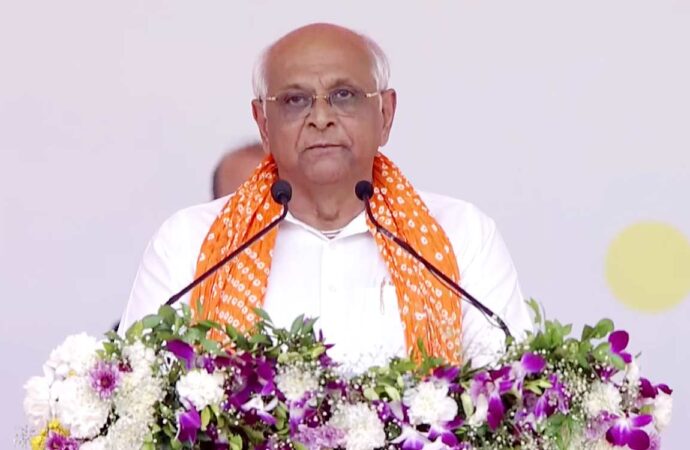 Bharatiya Janata Party (BJP) leader Bhupendra Patel on Monday took oath as the Chief Minister of Gujarat for a second straight term in Gandhinagar in the presence of Prime Minister Narendra Modi, Union Home Minister Amit Shah, and other dignitaries.

Patel was administered the oath as the 18th chief minister by Governor Acharya Devvrat at a ceremony at the Helipad Ground near the new Secretariat.

The Chief Minister won the Ghatlodia seat with the highest margin of 1.92 lakh votes in the elections. A low-profile BJP leader, Bhupendra Patel replaced Vijay Rupani as Chief Minister in September 2021.