Stree movie review: The Rajkummar Rao starrer is enjoyable for the most part 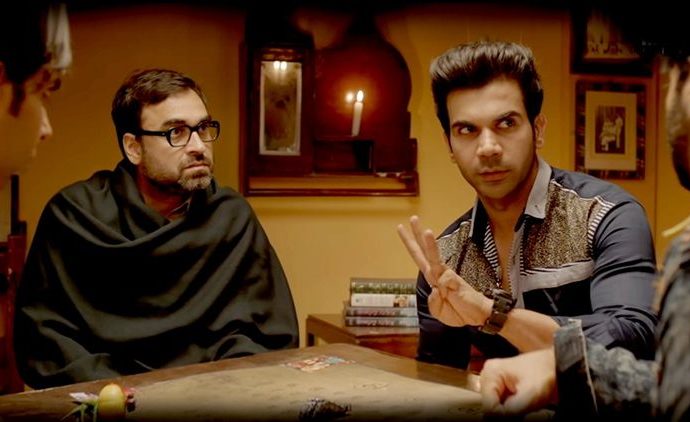 Stree movie review: The Rajkummar Rao starrer is enjoyable for the most partAuthor, MyVoice.

A grown, desirous woman is a threat to mankind, emphasis on ‘man’.

For centuries, women have been pilloried and victimised on the basis of these putrid beliefs. Oh, the horror. Rein her in, tamp down her sexual desires, tie her up, burn her at the stake, put a knife through her scheming heart.

It is fully appropriate that these toxic notions are sent up in a horror-comedy, written by Raj and DK. Stree’s premise is a cracker, leaving you grinning in the dark. But the execution comes off a tad clunky: subversion in a film willing to embrace its silliness can be very effective, but it can get diluted if your messaging is mixed.

In the town of Chanderi (MP, suddenly on the map after Padman), there lives a likely lad called Vicky (Rao), blessed by a keen eye and kind heart. That doesn’t stop him from preening, and falling for a mysterious girl’s (Kapoor) charms. When she says come, he follows, casting aside fears of the ‘stree’ who haunts the town, hunting lone men. There’s a ‘bhootni’ about, beware.

Predictably, Vicky is pronounced as Bicky, because Bollywood small town-ness is still denoted by an inability to differentiate between a V and a B. Neither the possessor of the name nor his two good pals, Bittu (Khurrana) and Dana (Banerjee) have any trouble with sophistication; they hang around, slinging jibes about love (lub) at first sight, doing ‘frandship’ with ladies of the night, and finally, confronting the ‘stree’.